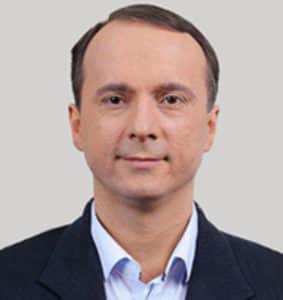 As the first in Poland he began to perform operations resurfacing total hip way of BHR.

From 2003 to today, he performed more than 500 operations this method with very good results. Only 6 patients had to be done revision prosthesis which represents 1%. Performs complex operations including hip arthroplasty revisions and corrections deformation.

He is scientific director of the research project funded by a grant from NCBiR Fri. “Mathematical modeling in planning treatment of lower limb osteotomy” The project was performed among others. 250 hallux valgus correction operation different methods.

Since 2012 it is one of the experts Department of Health on the web portal dedicated to the cultivation of football by children and adolescents: www.extratime.tvp.pl.

When it comes to the total hip replacement using the BHR (Birmingham Hip Resurfacing) method, only the articular surfaces are being replaced. Of all the systems available on the market, BHR has the longest – independently verified – history of clinical use.

It is a bone-sparing surgery, since the femoral head is maintained in its entirety, and it is covered with a so-called cap. The second component of the prosthesis is an artificial acetabulum. The traditional large prosthesis stem inserted in the canal of the femur is not a part of this solution.

This method is called hip resurfacing or overlay prosthesis. The differences in the two approaches is best reflected in their English term – resurfacing (surface replacement), rather than replacing (total replacement).
Resurfacing components are made from cobalt chrome, which is subjected to extremely high precision machining, in order to obtain a smooth high quality surface allowing for low friction and wear.

Birmingham Hip Resurfacing endoprosthesis is considered the best of all the hip replacements available on the market.

• No heat treatment (which is universally implemented in the production of the majority of prostheses) is used in the manufacturing process of this prosthesis, as such type of heat processing causes the disappearance of the carbon crystals in the alloy, thus leading to a significant increase in abrasiveness and a simultaneous decrease in the durability of the prosthesis. Thanks to the unique production process, the lastingness of the BHR prostheses is so high.
• The advantage of a BHR prosthesis is the preservation of the anatomical setting of the femoral head and neck in the joint socket and high durability of the friction surfaces, which allows to avoid a prosthesis replacement (revision) due to its wear.
• Constituting an additional advantage of the BHR prosthesis is the fact that it is not the ultimate solution. If for any reason, a need for a revision arises, one can remove the head and the neck of the femur and implant a proper stem with a metallic head (as is the case in the total prosthesis), leaving the BHR prosthetic joint socket.
• BHR prosthesis is the least invasive of all the currently available methods of hip joint surgeries, and the most efficient one, too, when it comes to restoring the same physical condition of the patient, as the one enjoyed before the disease developed.
• On the basis of examination of the health of patients who underwent a BHR total hip replacement, it can be concluded beyond a shadow of doubt that it is a proven and effective method. There is a very small risk of serious complications resulting from infection, dislocation or loosening of the prosthesis, which all lead to a re-treatment (0.8% of complications according to McMinn).

Who is BHR intended for?

The BHR prosthesis is designed primarily for persons at a young age with osteoarthritis of the hip joints. One can also use this technique in cases of an advanced deformity of the femoral head or that of the acetabulum.
In patients younger than 55 years of age, when taking into account the statistical life expectancy, there is a high probability that a typical hip replacement will wear out and will need to be replaced. Therefore, a procedure involving only a replacement of the joint surfaces is the most preferable option in this age group.

Persons between 55 and 65 years of age, who are active and physically fit, can also qualify for hip resurfacing, depending on the quality of their bone structure.

One may also consider employing this technique in patients over 65 years of age, however, such application requires a more cautious approach, since a conventional hip replacement for people in this age group is mostly completely satisfactory.

BHR is the intended for patients with good bone quality who lead active lives – i.e. for the young ones and those who feel young.

Benefits for the patient:
• Wide range of motion in the hip joint,
• Full return to sports activity,
• Good stability of the body,
• Fast rehabilitation,
• Absence of the sensation of a lack of own joint,
• Possibility of implanting a standard prosthesis in the future.
• Low likelihood of uneven lower limbs.

The risks associated with metal-to-metal prostheses:
In recent years, a number of complications in patients with metal-to-metal prostheses have been described. These complications are often referred to as “alleged tumours” i.e. they constitute clusters of phagocytic cells of the immune system – macrophages – around the implant. These cells gather around the metal grains formed through an excessive abrasion of the surface of the prosthesis. This is accompanied by increased levels of chrome and cobalt ions in the blood. The reason for this phenomenon may be low quality of the metal used or incorrect positioning of the implant. The most famous case is the DePuy ASR prosthesis, which was withdrawn from the market due to numerous complications.

Fortunately, BHR implants used in the Carolina Medical Center since 2003 are safe.
The first sign of problems with the endoprosthesis is pain. This is when one should consult a doctor. The first step is to perform an X-ray, an ultrasound and an examination of the levels of cobalt and chrome ions.
BHR, when performed as indicated in a specialised facility is a very effective method that allows patients to function normally, including the pursuit of recreational sports activities.