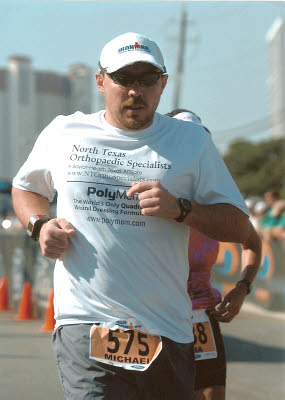 And as I continue my Physical Therapy I get faster and faster. I will say that if I go too hard I get a burning sensation but its hit or miss… so it’s not perfect but find the moment where your clipping off 7 min miles with no pain and you will find a grin on my face.

Hip and I are well.

I finished Ironman 6 months after getting my BHR

At 32 I got the crushing news that my left hip had advanced AVN. I had wrestled from the age of 13 until I was 28 including coaching a high school team. I moved to triathlon to find something new, did several Half Iron distances as well as Ironman Arizona in April 2006 with hip pain. After my last Ironman I ran a stand alone 1:50 half marathon with severe pain and with in two months was not able to finish a 5K A month later I was told I had AVN, a very sad day.

I decide to have my surgery on the exact 1 year anniversary of Ironman Arizona (April 6 2007), which seemed to me like an equal task to undertake. I had already signed up for Ironman Florida which was scheduled for November 2007 and made it a point to tell the entire surgical team pre-opt to ‘get this one right so I can be iron again’

My post-op was uncomfortable, I was out of bed the next day and it hurt like crazy. Though I was going to be sick it hurt so badly. I have dealt with pain in my past but this was just not the same. I stayed in the hospital for 4 days and was moving pretty slow when I opted to head home and was only able to make it with the assistance my girlfriend, what a god-send she was. Walker and then crutches were to be my prison for the next two months… I don’t think so.

4/6 was the surgery, 4/19 I got my staples out of the wound and was begging to bike and swim… starting slowly at first. I got a limited ok from my Doctor and I was on the stationary biking 3 days later, but only for 15 min and I was gyrating all over the seat trying to keep to my 90 degree no bend rule. Swimming was a trick also because I was not able to bear any weight on my leg and had to crutch to the pool side, I used towels on the ground to keep from slipping on the deck and required help getting out.

5/17 I was cleared to walk with no assistance putting weight on my repaired leg so naturally on 5/18 I did my first outside ride of 15 miles! How wonderful! I adjusted my road bike with the help of my local bike shop to as comfortable position, being as upright as possible. The next day I rallied the troops (my riding buddies) and they took pity on me, lots of drafting and a slow pace but 50 miles later I was wonderfully hurting.

8/5 Sprint Triathlon – Preparing with lots of walking got me to 8/5, which was my first opportunity to really try out the new hip at River Cities Triathlon in Shreveport. Again with clearance to swim, bike and run I garnered 1:45 100’s, 21.2 mph bike for 18 miles and the slowest 5k run ever of 36:40 but I was the happiest finisher in the event, not a walk but a run. I was racing again.

The patient before: Michael Montgomery, 33 years old,  of Trophy Club was a 31-year-old Ironman triathlete.

For more than three years, triathlons offered him some semblance of normalcy. Most of his life revolved around a stressful job in which he traveled the country as a business-applications consultant.

That is, until he began having intolerable hip pain after the 2006 Ironman Arizona. In four months, he went from finishing a marathon to being unable to run a 5K.

An old hip injury from his college wrestling days probably caused avascular necrosis, a condition following the loss of blood supply that resulted in his hip tissue dying and the bone collapsing.

Initially, Mr. Montgomery thought total hip replacement was his only choice and that he would never run again. Through research, he learned that cyclist Floyd Landis of Tour de France fame had a similar diagnosis and had undergone a newly approved option using the Birmingham Hip Resurfacing System.

Dr. Jay Mabrey, chief of orthopedics at Baylor University Medical Center at Dallas, had just become certified to use the device. He had chaired the Food and Drug Administration Orthopaedic and Rehabilitation Devices Panel, which approved the implant in May 2006.

It’s riskier than total replacement and appropriate only for young, active patients.

The patient now: Six months after the procedure, he completed the April 2007 Ironman Arizona.

What is it? The Birmingham Hip Resurfacing System preserves more bone than total hip replacement. It’s similar to a tooth cap. Doctors shave and cap a few centimeters of the bone within the joint with a metal implant rather than replacing the entire joint.

Why he chose it: Mr. Montgomery wanted to resume running. A total hip replacement device can’t withstand the impact of running. 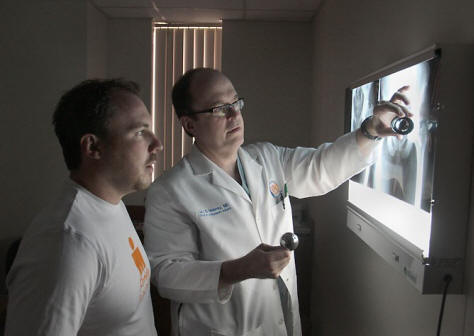 Collapsing bone threatened to sideline triathlete Michael Montgomery (left),
but a hip resurfacing procedure returned him to competition. He and
Dr. Jay Mabrey examine his X-rays.

What’s been up with me lately:

Thanks for the new hip 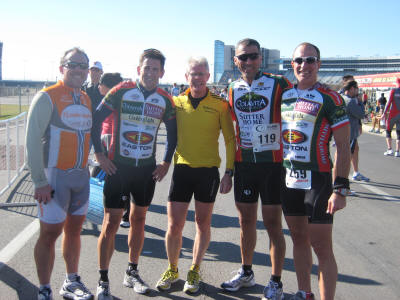 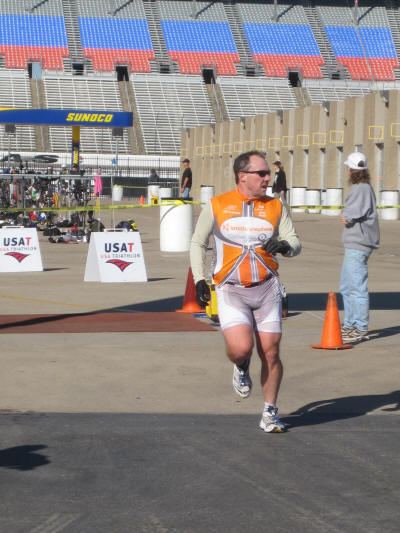 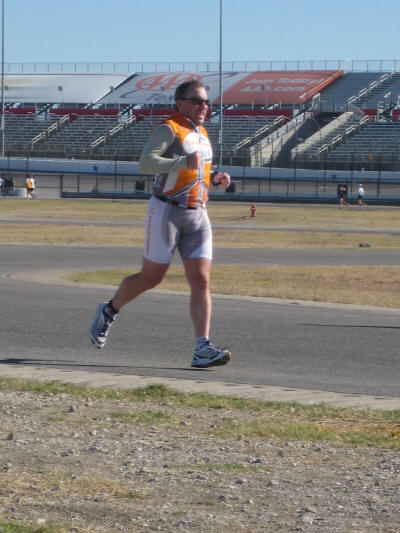 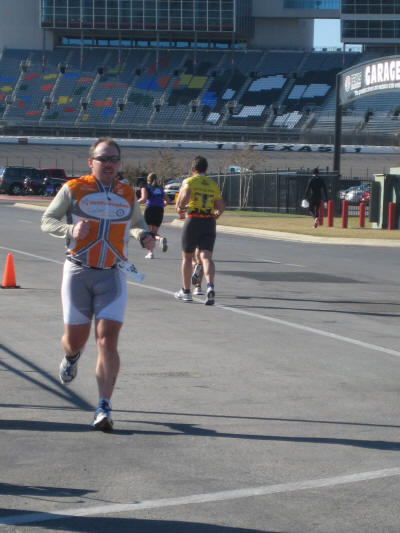 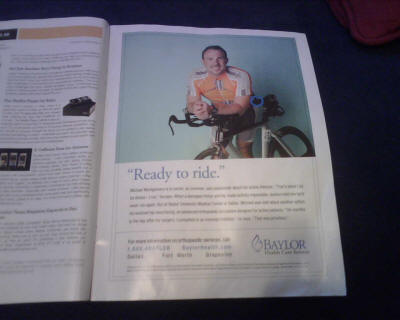 So far this year 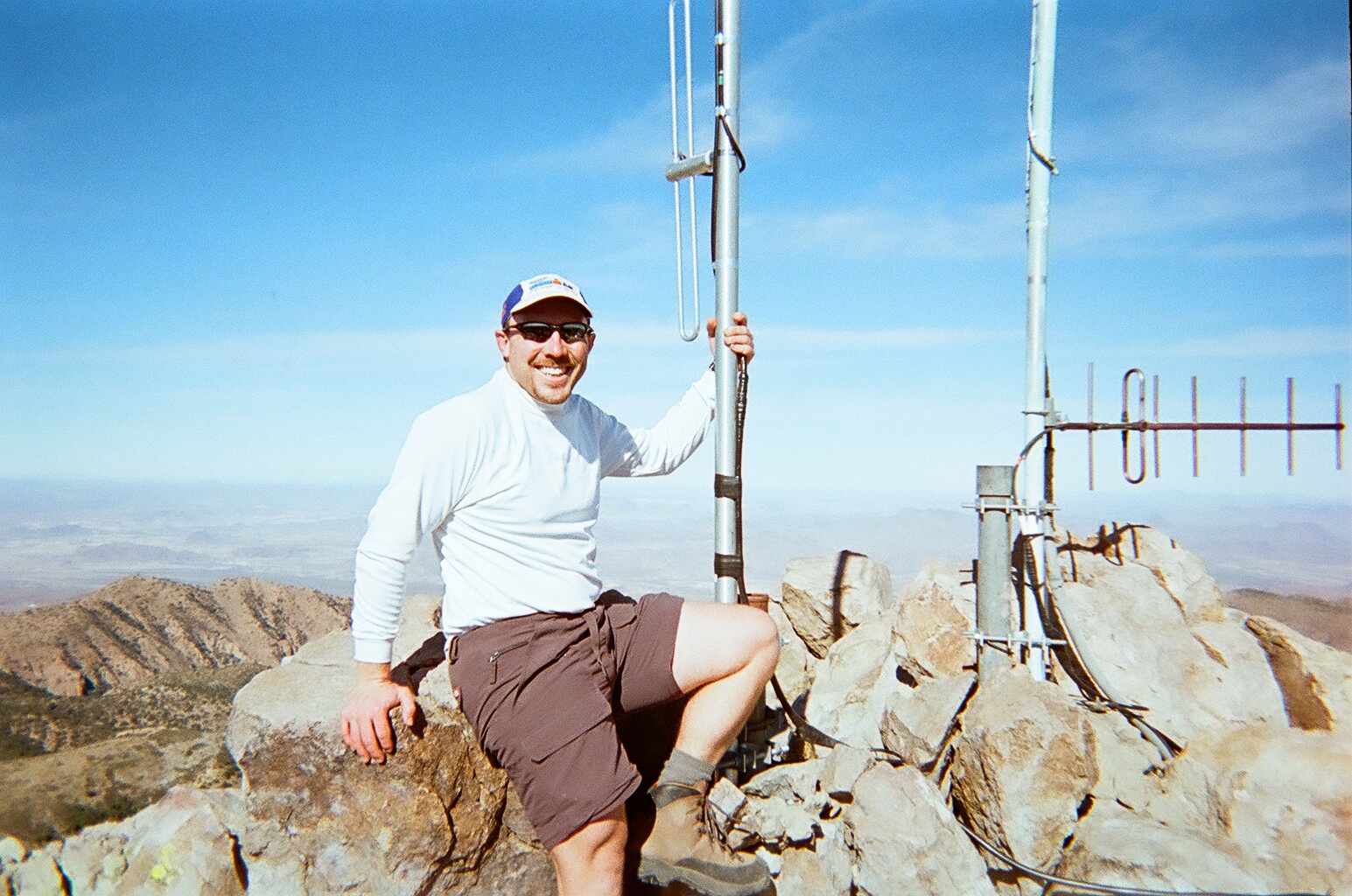 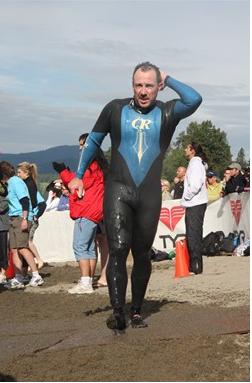 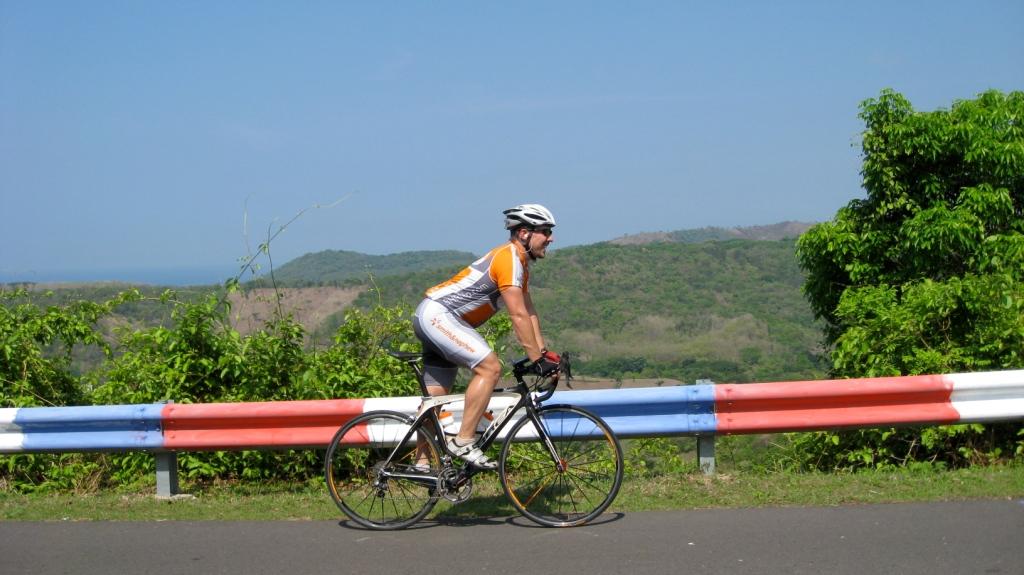 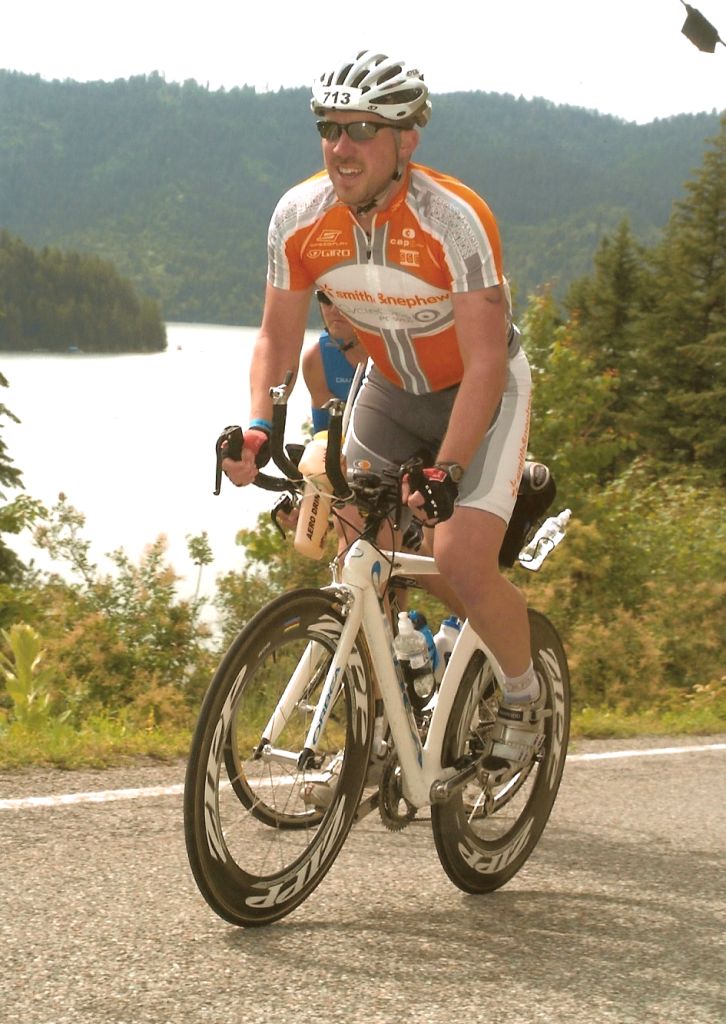 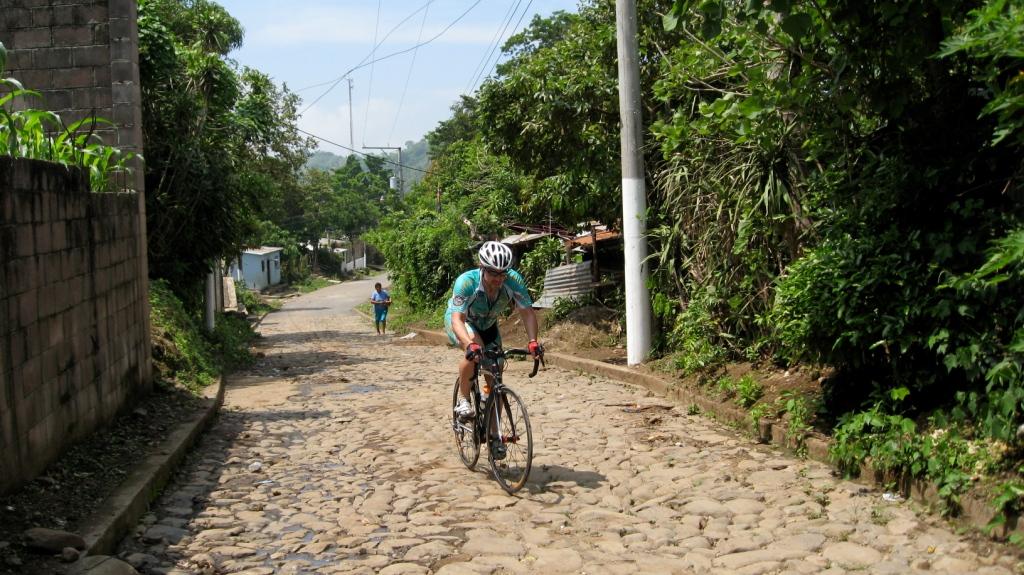 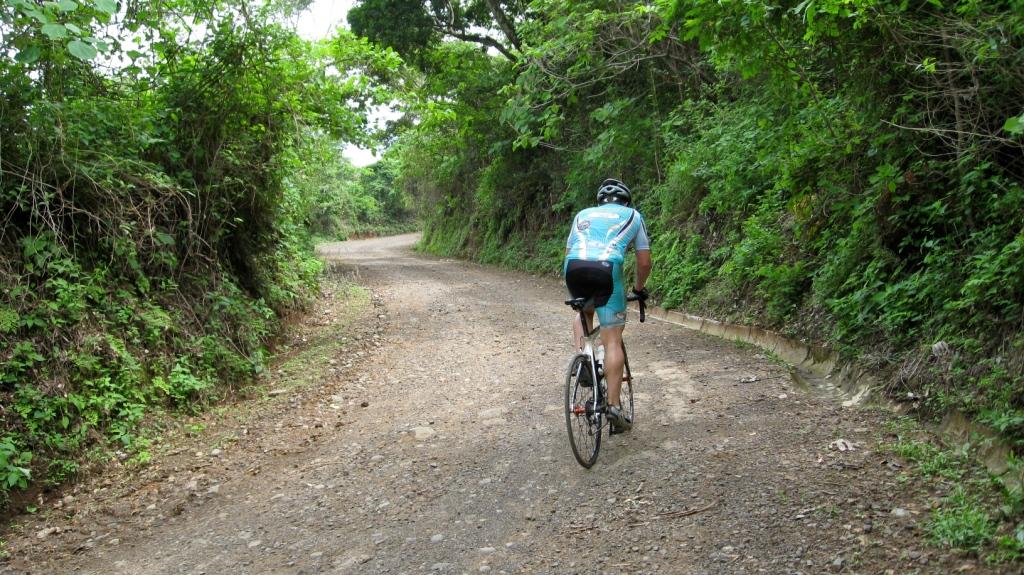 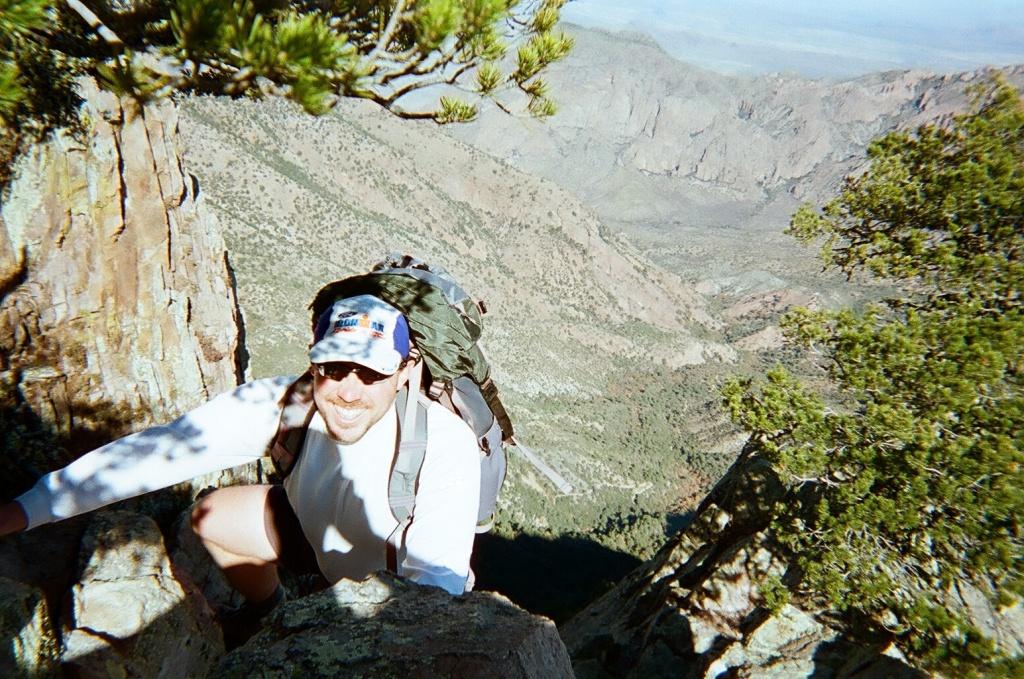 I have been seeing a physical therapist and have done some intensive range of motion and strength training PT work in the last 3 months with great results. Once my range of motion/flexibility was back into the normal range, I am now running totally pain free with my Birmingham Hip. I am having REAL fun racing again.

I can’t stress enough that the added PT has been the key to me getting back into condition to really push the hip with what seems to be no limits in effort or what I ask of it.

FYI – after March, April and May of 3 days per week PT, I was able to PR my half marathon by 6 min (post hip time) and cut over an hour off my half ironman PR time (the hip was bad when I started racing triathlon).