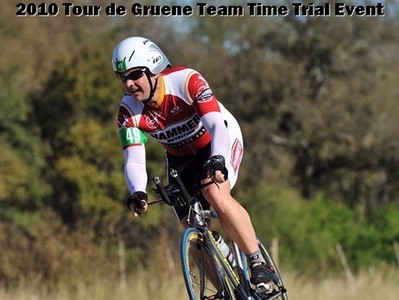 Greetings from Houston, Texas! On December 10, 2008 I had a Cormet Hip Resurfacing prosthesis using the direct anterior approach performed by Dr. Stefan Kreuzer.  The anterior direct approach (also known as “Smith Peteresen”) is relatively rare in the U.S. as many surgeons have not yet been trained with this approach.  The reported benefits of the direct anterior approach are the avoidance of detaching the major muscle groups from bone to access the femur as the muscles are spread versus being cut or detached.  My incision is located on the front of my thigh, beginning at groin height and going down about 5 1/2  inches.  I am now close to my two years mark and am happy to report that I am doing very well…and am at 100%, and performing the same activities as I was pre-surgery – with no pain!

Here is some information about me at time of surgery:

*  I am 43 years old, very athletic and am a competitive cyclist and triathlete.

*  In the three years preceding my surgery, the past three years, my right hip became progressively worse, losing range of motion, the loss of ability to do basic life functions (tying shoes, lifting leg, etc.) due to osteoarthritis. About 5 months prior to surgery, I got to the point where I couldn’t even ride my road bike or ride a stationary bike due to onset of pain that would start after about ½ hour into the exercise.  While my pain level and loss of function appears to be less than many others on who have had hip replacement on SurfaceHippy, given my relatively young age, it was to point where I had to get something done.

*  I researched different surgical techniques and settled on the hip surfacing procedure versus full replacement, considering my age and the minimal impact of the procedure on my femur.  Once I decided on the hip resurfacing procedure, I had to pick a doctor and the surgical approach (posterior, anterior, cemented, uncemented, etc.)  While I am definitely not an expert of these variables, I chose Dr. Kreuzer and the direct anterior approach.

* Based on the outcome of my surgery, I would highly recommend this procedure and my doctor, Dr. Kreuzer.

*  Following surgery, I didn’t have any formal physical therapy, but used an indoor spinning bike to get aerobic condition and strength back to my leg.  I combined it with a lot of stretching.

*  The only issue I have right now is nerve “deadness” on the lower front and outside of my thigh beginning just below the bottom of my incision (incision starts at the front and top of my thigh at the top pants pocket and is about 5.5 inches downward from there).  There was damage to my lateral femoral cutaneous nerve which innervates the skin on the lateral part of the thigh.  It doesn’t affect mobility, but is dead to the touch at the skin.

*  I currently cycle (road cycling) competitively in Texas and recently placed third place in a Texas state cycling competition.  I have not lost any fitness or power due to the surgery, and probably have gained a lot back due to the corrected hip.  I was able to begin cycling following about 8 weeks after surgery.

In summary, I would highly recommend the hip resurfacing procedure with Dr. Kreuzer.  More specifically, I recommend the direct anterior approach given the fast recovery time.