Note by Patricia Walter:  This information is only for hip resurfacing in Australia.  Many experienced hip resurfacing surgeons have personal series of HR which are more positive than the results below.

There were 11 primary total resurfacing hip replacement prosthesis combinations recorded by the Registry in patients less than 55 years of age, used with 10 or more procedures. “There was a higher rate of revision for females and for head sizes less than 50mm in this younger age group.”

As the BHR and the Adept are the only resurfacing devices used in 2015, we have performed a separate analysis combining these two prostheses. The cumulative percent revision at 15 years for the BHR and Adept combined is 9.5% . Females had a higher rate of revision. At 10 years the cumulative percent revision for females is 14.5% compared to 3.7% for males. 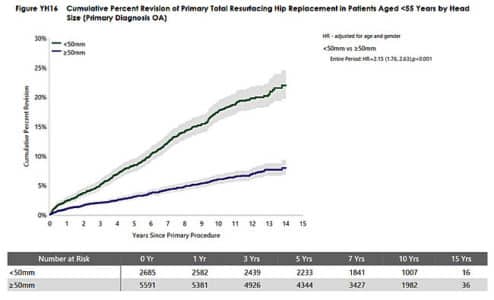 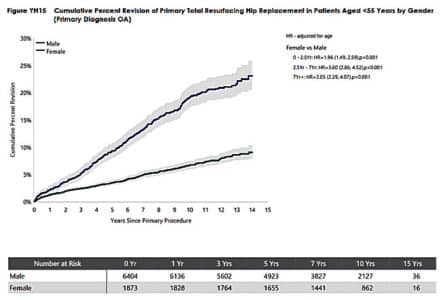