Dr. Brooks discusses why he became an orthopedic surgeon and hip resurfacing. 2018 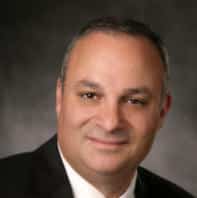 Most hip replacement and resurfacing surgery in the USA, about
80%, is performed through a posterior approach. About 20% of US
hip surgeons prefer some variation of an anterior approach (antero-lateral,
direct lateral, trans-gluteal, or true anterior). Anterior
approaches are also more common in Europe and Canada.

In the posterior approach, the incision, dissection, and
dislocation of the hip joint are all performed posteriorly
(toward the buttock). The large gluteus maximus is split, and
the gluteus medius and minimus muscles (hip abductors) are
retracted, but not cut. A number of smaller muscles, the “short
external rotators” including piriformis, obturator internus,
gemelli, quadratus, and obturator externus, are cut, and … Read the rest