I had my left hip resurfaced by Dr. Brooks on January 18, 2012 at the Cleveland Clinic and recently had my 10 year checkup  on August 12, 2022.  The left hip was perfect on the xray and, for the last 10 years I have had no excess Cobalt/Chromium ions in my blood.  In the last ten years, I have not had a single issue with my replaced hip.  My original goal ten years ago was to be able to continue my running which I had seriously begun in 1994. From 1994 to 2012, I had run seven marathons along with many other races.  Since my resurfacing surgery, I’ve run 22 races including three Half Marathons for a total of approximately 3,374 miles.

A great treat was being able to compete in the National Senior Games in Albuquerque in June 2019 where I competed in the 80-84 age group 5 and 10K races.  Following that, I had open heart surgery for mitral valve replacement August 22, 2019 at the Cleveland Clinic. Since then, I’m back to racing and look forward to the 2023 National Senior Games in Pittsburgh.  I’m attaching a photo taken at the 2019 Senior Games in Albuquerque,NM.Thanks to Dr. Brooks and the entire Cleveland Clinic team, I have been able to attain my goal of continuing to run after my hip resurfacing surgery.  It’s also been a great lesson for me and others that the more active you remain as you age, the better your health and life will be.  Vince Obsitnik Georgia 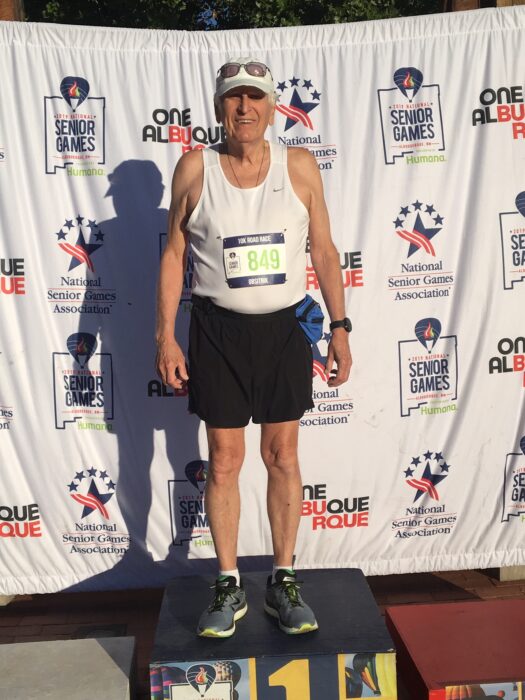