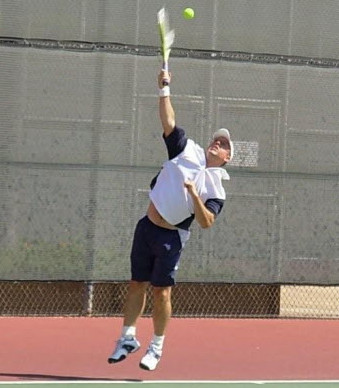 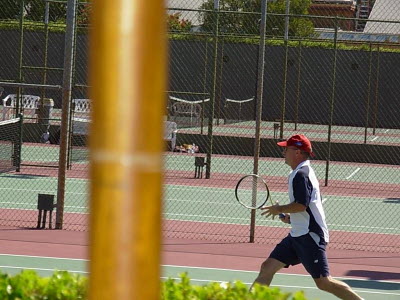 I had bilateral surgery in January of 08 – I found this web site around 6 months prior to that time and had the same reaction, what a godsend.

After recovering from an arthroscopic surgery to my right hip in May of 07 and I had one on my left in March of 07, I was desperate as I was not getting any better.

Both of my hips were bad and now I have no pain, just a desire to keep getting stronger. I am playing in a 45 and older tennis tournament this next weekend.

If both are bad then I would recommend a bilateral. The doctors want you on your feet as soon as possible and its better to have only one recovery. I had suffered through 2 and didn’t want any more.

Tennis
In Case anyone is interested, I had a good run this week in a local tournament – Men’s 45 singles winner

It has been 8 months since my bilateral and I have been doing a ton of PT and owe a lot to the www.egoscue.com philosophy. I also am indebted to the folks on this message board for I am moving better than I have in years. I have some sore muscles but the hips feel great with no pain.

the search feature on this site is really good if you want to do research and I have attempted to document my progress for anyone who is interested in getting their life back like I have.

I still have difficulty moving backwards but we won a 3 set match in the 6.0 division – lost in the 35 and over yesterday

I had a sore muscle last week after tennis and surfing the same day, but it does go away – seems like the static holds like the plank below are great for when the legs get bounced around in active stuff

Check the draw below and look for Peter Davidson

I have decided to hold off on singles for another good spell of time but doubles is much easier on the hips, I do believe it takes a lot of time to get better and my friends are amazed I am competing at this level

The plank exercise seems like a great one for hip stabilization

Good luck to all

Hello all, I thought it would be of interest that I did well in a tournament today – won a couple rounds and play again next Friday

I was a bit hesitant to play but Dr. Schmalzried said at 3 months a little tennis was OK. After playing some doubles and improving in my movement combined with solid physical therapy, I felt real good.

My stubborn brother went ahead and had his 2nd THR a couple weeks ago – we have a genetic thing I suppose – He never spoke with my doctor and was suprised to see me play.

anyway, feeling sore but don’t have any pain at all, It was great to be out there. You never know what you have until its taken away from
you

I just wanted to report in to my friends on the board, I passed my 3 month mark and that was when the doctor gave me the go ahead with tennis. I did rally a few times on the clay in the last couple weeks but last night I played some high level doubles on the hard courts and was able to compete. I got a little tired by the 3rd set but was very happy. My pals are still playing open tournaments here in Southern California and were not expecting me to be able to hang with them. I got a little head rush a couple of times as it is very hard to recreate the movements in therapy but I am back!! 1st year in the 45’s for me

What a difference, I have been running a little longer and harder every few days on the grass in the park and still have a ways to go and I am still doing all my PT – which is key to anyone pre or post op

My brother had a THR this last Monday and wanted nothing to do with the resurfacing. He was told by his doctor that I would need to THR in 7 years – he of course did not get a consult from my doctor Schmalzried.

It seems all the folks you talk to after the fact will not admit their path was incorrect, present author included

Thanks to all especially Vicki who still helps out here

Hi All, just wanted to report at 9 weeks post op I was able to surf semi decently – paddled out on the log (long board) and felt a little tight when I first sat up on it and spread my legs, but they soon felt ok as I swung my legs around to move the board and was able to spring up and ride a few. I was unable to sit on a board comfortably for the last two years. BTW at 6 weeks I tried and was unable to spring up.

I also went out on the clay tennis courts and hit with a friend – the doctor said no tennis until April 1 but a little rally on the dirt seemed OK. We did not play any points. Yea, I know – pushing it again. I got weak fairly quick and will wait until next week to play again but it sure felt good.

Both of these activities caused some fatigue and I stopped as soon as I got tired. Still have a ways to go to be strong in the hips again but so far I sure am happy. Used to be ranked in tennis and surf all the time.

good luck to all

Pushing it al little I know but I could not help trying to surf yesterday at 6 weeks, its so nice in So Cal

I tested my ability to sit on a chair backwards that spread my legs like sitting on a surfboard and was amazed there was no pain, so I went for it thinking there is no real josling like tennis. I just had a real hard time springing from laying on the board to standing. My muscles on are still too weak and tight. I had practiced on the beach before paddling out and tried 4 or 5 times to get to my feet looking silly each time. Guess I’ll use my log next instead of the
short board.

I am a bit sore today but there doesn’t seem to be any damage. I have not been stretching as it seems too soon but just concentrating on getting my leg strength back.

The toughest part is taking it slow, walking great and starting on my eliptical machine a bit longer, plenty of PT including lots of core exercises.

6 week check up this coming Tuesday with the Dr.

Well, walking around with crutches 5 days post op, actually cheating and walking unrestricted from couch to refrig, seems strange to have two metal objects inside me but the other pain I used to have is gone. Was a nasty past few days but getting better, just have surgery fatigue and need to heal the incisions. My Dad had both hips done on a THR and was amazed to see me walking (more like just on my feet) the day after my surgery to the bathroom

That Bilateral is a big hit, 2 hours operation time each side and Dr. Scmalzried seems to have done a good job, still in some pain but happy to be home, was in Hospital 3 nights, got pretty sick but I am skinny guy in decent shape so feeling a lot better now – I would recommend only do the 2 if the doctor is really experienced

Thanks everyone for the support

I am scheduled for Jan 7 Bilateral with Dr. Schmalzried

Can’t sleep because I am off the anti inflammatory and was doing some research, supposed to stop all that stuff (volteren)2 weeks prior to
surgery

I am having the DePuy ASR` (Articular Surface Replacement) System put
in,,

I also found a study from Canada that shows a bunch of resurfacing due diligence dated November of 06 but still good.

check the table on Page 20, liking the Schmalzried 0 revision, interesting Length of Stay in Hospital 4.1 vs 4.74 days for Resurfacing vs THR, page 42 – also showed importance of experienced doctors