The First Generation Metal-on-Metal bearings manufactured in the 1950s and 1960s were produced by the investment casting process (Ring and McKee Farrar prostheses). From these devices we have recorded the longest benign clinical history of cobalt chrome alloys with extremely low linear wear rates.

The BHR™ is produced using the investment casting process from high carbon cobalt chrome in the As Cast micro-structural condition. Wear studies have shown that Cobalt Chrome in its As Cast form has superior wear resistance to other forms of the alloy.

The BHR™ has a hemispherical cup design with a cast-in porous ingrowth surface called Porocast™. This ingrowth surface does not require a heat treatment to attach the beads and therefore preserves the carbide structure. 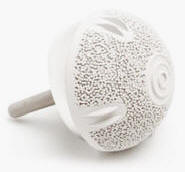 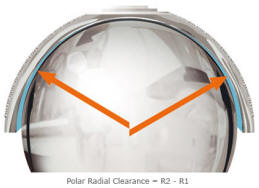 Generation of fluid film A fluid film is present when the two articulating surfaces are separated by the lubricant. It is the clearance (entrainment) angle and motion which generates the fluid film