Perspective Patients and Patients often ask if the stem of the acetabular component of the BHR iscemented.  The stem itself is not, the cement is placed into the cup of the
component.  An explanation from Mr. McMinn’s “Modern Hip Resurfacing” book
explains the process:

“At this stage, the central hole in the femoral head and neck is enlarged
from a parallel-sided hole to a taper by the use of a taper drill. I did not
formerly perform this maneuver routinely, but now I do.

At precisely 1 minute from mixing, the femoral component is inserved onto
the femur. ” 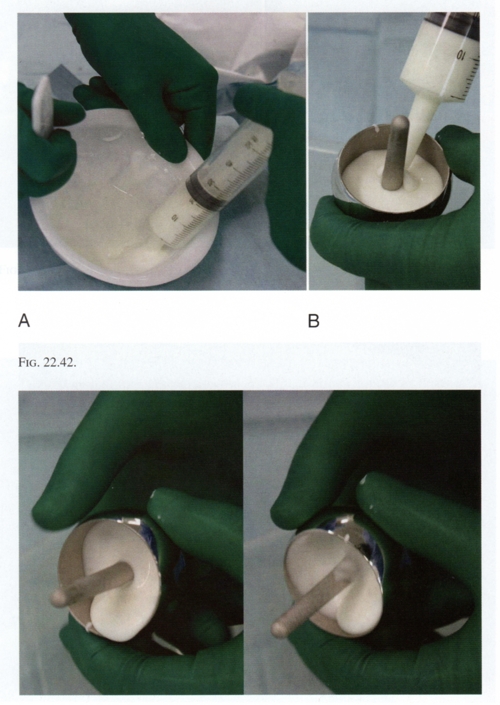