My name is Wayne Bono. I had the Birmingham Hip Resurfacing done in April of 2007. I was referred to Dr. Cambize Shahrdar by a tennis friend. I was unable to play competitive tennis after being the No. 1 ranked 55 year old in the Southern Section.
My surgery was done in Willis Knighton Pierremont Health Center in Shreveport, Baton Rouge, La

Since my surgery I have started playing competitive tennis again and just lost in finals of the Bocage Senior National level II tennis tournament to the National 65’s champion who was also the 60’s world champion in a close match. In the semi finals match I beat the No. 1 player in the south. I am moving and playing as well as I did 10 years ago when I was No. 1 in the Southern Section. I have referred two other younger tennis players that play competitive tennis to Dr. Shahrdar and they had double Birmingham’s done and are now playing competitive tennis again. I could not be more pleased with my outcome and care I was given by Dr. Shahrdar. 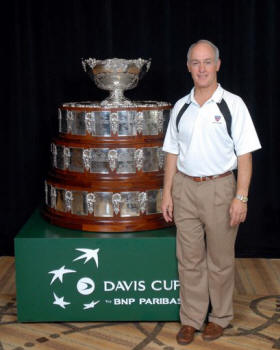