The ASR, Durom and Adept total resurfacing systems make up the top five in 2007 and have all declined in use since 2006 (Table HT10).

Cementless fixation, although uncommon has increased from 2.3% to 4.7% over the same period.

Effect of Age and Gender

In the 2007 Annual Report the Registry identified the ASR, Cormet 2000 HAP and the Durom as having a higher than anticipated rate of revision. The same three prostheses have been reidentified this year. The Cormet 2000 HAP is no longer used, however the ASR and Durom continue to be used, although the number is declining. All three prostheses have more than twice the risk of revision compared to all other total resurfacing prostheses combined (Tables HT50-HT52). 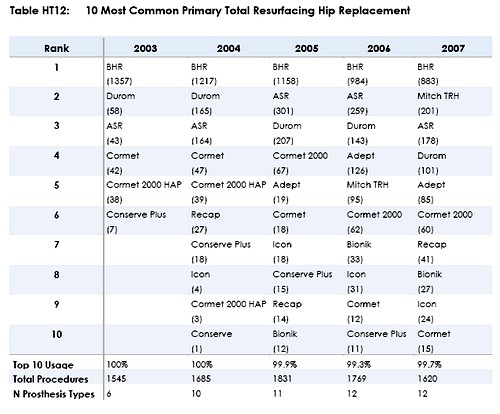 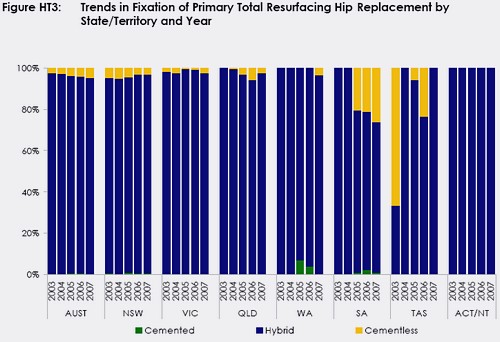 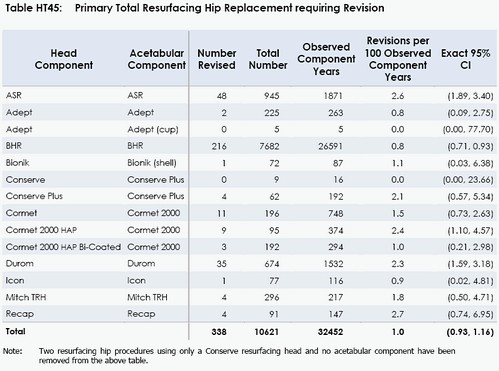 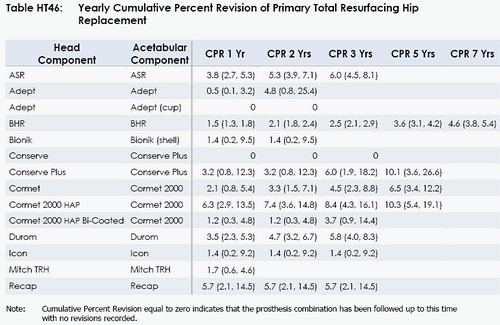 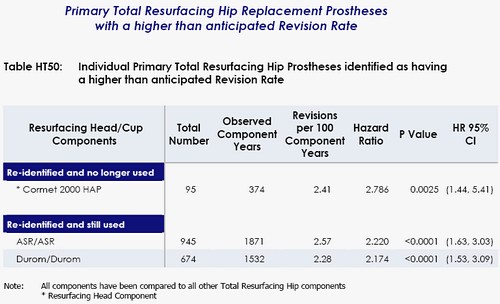 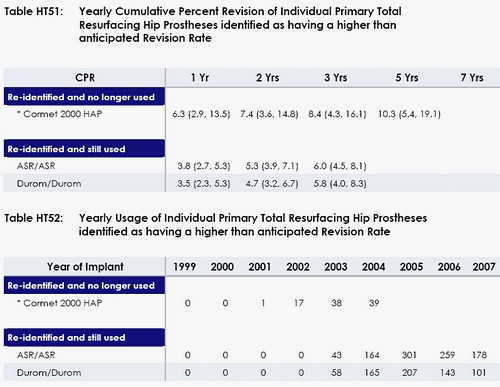